Andrés Amerikaner is a Ph.D. candidate in the Comparative Literature program at Penn State. He is currently researching post-Boom Latin American literary movements, with particular emphasis on the impact of neoliberal policies on publication markets, as well as their effects on community creation and the circulation of ideas. His work also focuses on diasporic narratives, translation and translingualism, and Southern Cone film.

Andrés holds an M.S. in print journalism from Columbia University and is a former reporter for the Miami Herald. He has served as editorial assistant for the journal Comparative Literature Studies. At Penn State, he has taught Intermediate Spanish, Human Rights and World Literature, and Literatures of the Americas. 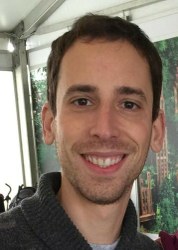