Chris is a student of colonial Latin American history with an emphasis on sixteenth century Central Mexico, Nahuas, and animals. His dissertation, “Managing the Herd: Nahuas and Livestock in Sixteenth-Century New Spain”, treats Nahuas’ relations with European livestock as one of the most important aspects of their connection to the early Spanish colonial state and a primary channel of socio-cultural exchange. His work demonstrates that in the case of colonial Mexico, changes to human interactions with European animals like cattle, horses, pigs, sheep, chickens, dogs, and even silk worms allowed Nahuas to participate in colonialism in ways that would not have been possible without their presence. Chris has served as a research assistant, a teaching assistant in introductory US and Global courses, and an editorial assistant for the Hispanic American Historical Review. 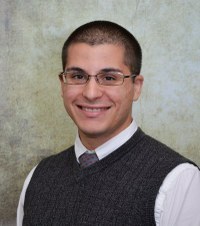