Xiangyun Xu is a PhD candidate in the Department of History, Pennsylvania State University. He is currently working on a transnational history of the China Relief Expedition of 1900, in which the United States joined seven other nations to intervene in the Boxer Uprising, relieve the besieged internationals, and occupy Tianjin and Beijing for nine months. His focus is on how this expedition came as a test for the emerging U.S. empire after the Spanish-American War of 1898, how the American servicemen interacted with Chinese officials and civilians amidst the overall racial prejudice against Chinese in the United States, and how the American troops got along with other participating forces, learned from their experience in the colonial warfare, and applied these lessons to the U.S. war in the Philippines. 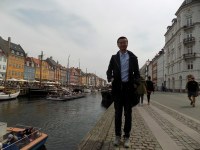