Japanese Painting And Calligraphy On Scrolls

As a result of instruction, students will be able to…

Websites and Sources for Reference

Websites and Sources on Japanese Art

Museums with Good Collections of Japanese Art Outside of Japan

Japan Fulbright in 2005; Trinity High School Trip in 2012-accounts and anecdotes of trip; where scrolls and other sources were purchased; Photos taken in Japan of the use of calligraphy

Many Japanese masterpieces are painted on scrolls, which are not intended to be hung or mounted on walls, but rather are meant to be stored in boxes and periodically taken out be looked at. This helps preserve the frail paint which breaks down when exposed to humidity and air. Collectors have traditionally unrolled their scrolls after the rainy season in the summer, savored them with some tea and returned them their boxes. Scrolls unfortunately are one of the world’s most fragile art forms. Careless handling, exposure to bright light and humidity, inept restoration, insects, temperature changes all contribute to the deterioration of paint. Plus, silk is a protein-based animal fiber that breaks down over time and has damaging chemical reactions with pigments and glues. Western oil paintings, by contrast, last longer because the pigments are preserved in oil and protected from by the elements by varnish.

The most original style of Japanese hanging scroll came from China. In the Early China, Buddhist missionaries carried Buddhistic paintings to spread their religion.

Until the reign of Tang regime (618-907) of China, that kind of Buddhistic paintings were used to be decorated and reinforced to be proof enough for carrying.

That’s the archetype of hanging scrolls.

After Buddhism was introduced to Japan, such a decoration style of paintings was also introduced in the Heian Period of Japan.

During this period, Japan’s original housing architecture had quite developed.

In that architecture style, there is one special room that is called “Tokonoma”.

Most of artworks including hanging scrolls were displayed in this room. Tokonoma was regarded as the space which connects art and daily life. This is very original thought that can not be found in other countries.

Tokonoma architecture style was developed and established in this period.

Accompanied with the development of Tokonoma style, the techniques of painting and mounting were also developed because hanging scrolls were always displayed in Tokonoma room.

There were only a few big wars in this period in Japan.

As this period was so peaceful, each Japanese culture had reached full maturity.

Many famous painters flourished and competed each other. Hanging scrolls also became popular among the public. 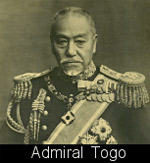 Much more painters competed each other for their techniques because people became absolutely free to choose their occupations from this period.

Before World War 2, and for a while after that war, most of Japanese painting artworks were used to be decorated to hanging scrolls.

By reasons of the above, now, we can enjoy high-quality hanging scrolls made after the Meiji Period.

Characteristics of the Technique

Haiku are short poems that use sensory language to capture a feeling or image. They are often inspired by an element of nature, a moment of beauty or a poignant experience. Haiku poetry was originally developed by Japanese poets, and the form was adapted to English and other languages by poets in other countries.