This module was funded by the CGS and developed for the Midwest Institute for International/Intercultural Education’s workshop, “Human Migrations, Global Networks and Leadership.” 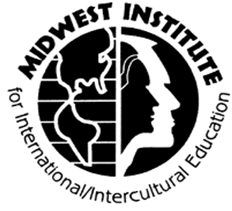 Description of the Module

This module will attempt to address the linkage between climate change and migration in the Middle East/N. Africa region.  The region is one of the most water scarce regions in the world holding approximately 6.5% of the world population, but only 1.4% of the world’s renewable fresh water and this scarcity is only predicted to get worse in the near future as the population grows.  Yet, the empirical evidence between climate change and extreme weather conditions and migration either temporary or permanently remains limited.  There’s also evidence while changes in climate does have an impact on the overall conditions of the people in the region, other factors such as socioeconomic and political factors remain more prominent push factors for migration than climate change.  This will be a three-week module with students working on a semester long project.

Following the completion of this module, students will be able to:

Week I will introduce students to the overall and global politics, and impacts of climate change.  The students will:

Week II will focus on the region of the Middle East/N. Africa and will cover the following:

Week III will focus on the specifics of the linkage between climate change and migration in the region and will cover the following.  Students will read the following articles prior to coming to class.

Climate-Exudes expected in the Middle East and North Africa

Students will be divided in small groups (2 or 3 students to a group) and will work on a research project throughout the semester.  Each group will choose a country of their choice in the region and will research the connection between climate change and migration.  Each group will be assessed based on the following:

Each group will choose a country of their interest in the region.

Each group will conduct research on the impact of climate change and migration in that specific country.

Before the Flood Documentary Worksheet

1. Briefly describe your view on climate change.  Is it real?  Is it caused by human activity?

2.1 Briefly describe the key pieces of evidence presented in the documentary supporting the climate change argument.

2.2 Have any of your ideas involving global warming changed after watching the documentary?  Explain why or why not and provide several examples.

3.1 During the documentary, we saw countless ways that our consumption is ruining the environment.  What effect on our planet was the most shocking to you?

3.2 What climate change solutions gave you the most hope for the future of the planet?  Explain why.

4.1 As evidenced in the film, every decision we make can have an environmental impact.  What changes are you willing to make in your day to day life to reduce your carbon footprint?  Be real and honest.

4.2 How will you keep yourself accountable?

5. Every November, we have a chance to elect politicians with our best interests in mind, serving both locally and in Washington D.C.  If you were elected to office, what actions would you take to ensure a sustainable future for future generations?

6. Are you optimistic or pessimistic about the future of our planet?  Explain why or why not?

A Worsening Water Crisis in North Africa and the Middle East

Climate-Exodus Expected in the Middle East and North Africa

The Facts about Climate Change and Drought